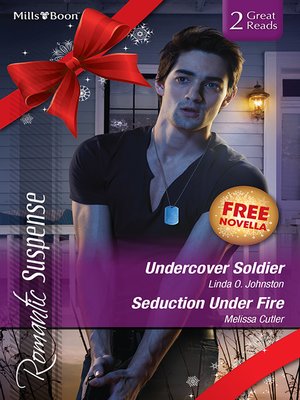 Computer tech – and expert hacker – Sherra Alexander is in deep. Her dig into military records has placed her under federal scrutiny. She knows anything can happen. What she doesn't anticipate is finding her presumed dead ex–lover, army lieutenant Brody McAndrews, alive and in her apartment.

Brody must stop Sherra's research – and protect her. The only way to do that is to keep her close, whether she likes it or not. As a battle of wills brings on the passion in full force, an unknown threat is determined to silence them both...

Seduction Under Fire by Melissa Cutler

What's worse? Being held hostage by a Mexican drug cartel or being held hostage by that cartel with the one man you passionately hate? Camille Fisher, a brainy, tough–as–they–come cop, can't believe she's daring to escape with her nemesis, Aaron Montgomery. But once she outsmarts their brutal captors, the danger's just beginning. Racing across the Mexican desert, Camille begins to glimpse the surprisingly decent – and sexy – man behind the boorish cad. With cartel hit men closing in, she tries hard to ignore her needful heart.