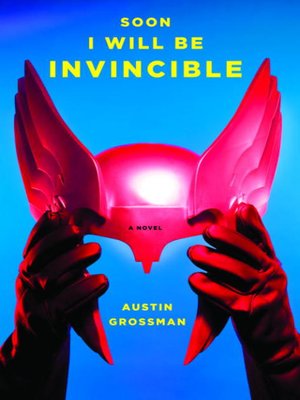 Soon I Will Be Invincible

FictionLiteratureScience FictionThriller
Doctor Impossible—evil genius, would-be world conqueror—languishes in prison. Shuffling through the cafeteria line with ordinary criminals, he wonders if the smartest man in the world has done the smartest thing he could with his life. After all, he's lost every battle he's ever fought. But this prison won't hold him forever.

Fatale—half woman, half high-tech warrior—used to be an unemployed cyborg. Now, she's a rookie member of the world's most famous super-team, the Champions. But being a superhero is not all flying cars and planets in peril—she learns that in the locker rooms and dive bars of superherodom, the men and women (even mutants) behind the masks are as human as anyone.

Soon I Will Be Invincible is a wildly entertaining first novel, brimming with attitude and humor—an emotionally resonant look at good and evil, love and loss, power and glory.
From the Trade Paperback edition.
FictionLiteratureScience FictionThriller

Austin Grossman is a video-game design consultant and a doctoral candidate in English literature at the University of California, Berkeley, where he specializes in Romantic and Victorian literature. He lives in Berkeley.From the Hardcover edition.

More about Austin Grossman
Soon I Will Be Invincible
Copy and paste the code into your website.
New here? Learn how to read digital books for free