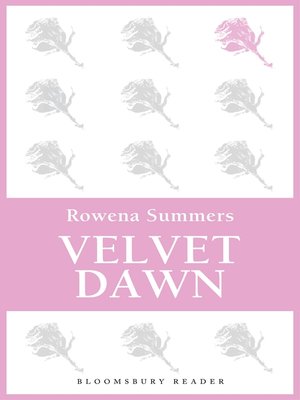 Andrea Gilmore, young, beautiful and successful in her public relations job, is constantly embarrassed when her brash, earthy father becomes a huge football pools winner. Josh Gilmore, newly rich, revels in the fame and friendship his status brings him, refusing to head his daughter's warnings that he's being exploited by everyone around him. Not least by Maggie, the pretty widow he eventually marries. Lewis Sutton is the dashing owner of the charter boat Velvet Dawn, with whom Andrea has a whirlwind love affair. She joins him and his passengers on one of his charter cruises to the Canaries after Josh and Maggie go to Paris on their honeymoon. Convinced that her new stepmother is only after Josh's money, the situation causes tension and suspicion between all four of them. After becoming estranged from her father, it takes a tragedy for Andrea to realise how much she loves him, and to understand him. But a disaster involving the charter boat is the catalyst that finally shows Andrea where her true love and destiny lie.