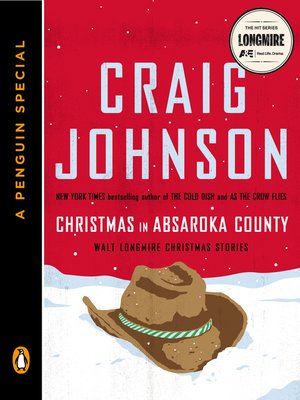 Full of Longmire?™s dry wit and good heart, Christmas in Absaroka County is a holiday must-have for every Longmire and Craig Johnson fan, and it also includes the first chapter of The Cold Dish, the first novel in the Walt Longmire Mystery Series.

Readers glimpse a softer side of Sheriff Walt Longmire as he grapples with the death of his wife, Martha, and his sometimes turbulent but ever-loving relationship with his daughter, Cady. In these four stories?"“Ministerial Aid,” “Slick-Tongued Devil,” “Toys for Tots,” and “Unbalanced” (three of which have been sent to Johnson?™s fans over the years in the author?™s “Post-it” e-mails)?"Walt is alternately at his best and his worst. He helps a somewhat delusional elderly victim of domestic abuse while sporting a bathrobe and a mean hangover on New Year?™s Day. He?™s sidelined by grief when his wife?™s obituary reappears in the paper and there?™s an unexpected knock on his door two days before Christmas. He strives to help even those who don?™t want it when he picks up a young female hitchhiker, and he?™s forced into some last-minute Christmas shopping by the Greatest Legal Mind of Our Time, during which he might just end up saving a young Navy chaplain?™s Christmas.

Christmas in Absaroka County
Copy and paste the code into your website.
New here? Learn how to read digital books for free