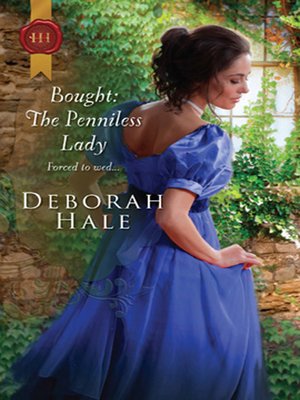 The Penniless Lady · Gentlemen of Fortune

Desperate to safeguard the future of her precious nephew, penniless Lady Artemis Dearing will do anything even marry the man whose brother ruined her darling sister!

Hadrian Northmore's suffered enough heartbreak he will not lose his brother's son, too. Calculating and deceitful as Lady Artemis may be, he will marry her if he must! But Hadrian isn't prepared for overwhelming desire, or his new wife's sweet disposition. There's been some mistake his hard-built defences are crumbling before his very eyes!

Bought
Copy and paste the code into your website.
New here? Learn how to read digital books for free